Many Cubans feel that a new path has opened up for them. Obama will arrive in Havana on the 21st of March, in what will be the first visit by a U.S. sitting President to the island. For Cubans the dream of an “opening up”, which began just over a year ago, is become more and more realistic. Cuba loves freedom but does not want to lose its identity, and does not want to become a leisure colony for North America. It does, however, want to benefit from a world of opportunities, without having to give up its soul in exchange.
OUR STORY LAST WEEKEND IN MAGAZINE VANGUARDIA 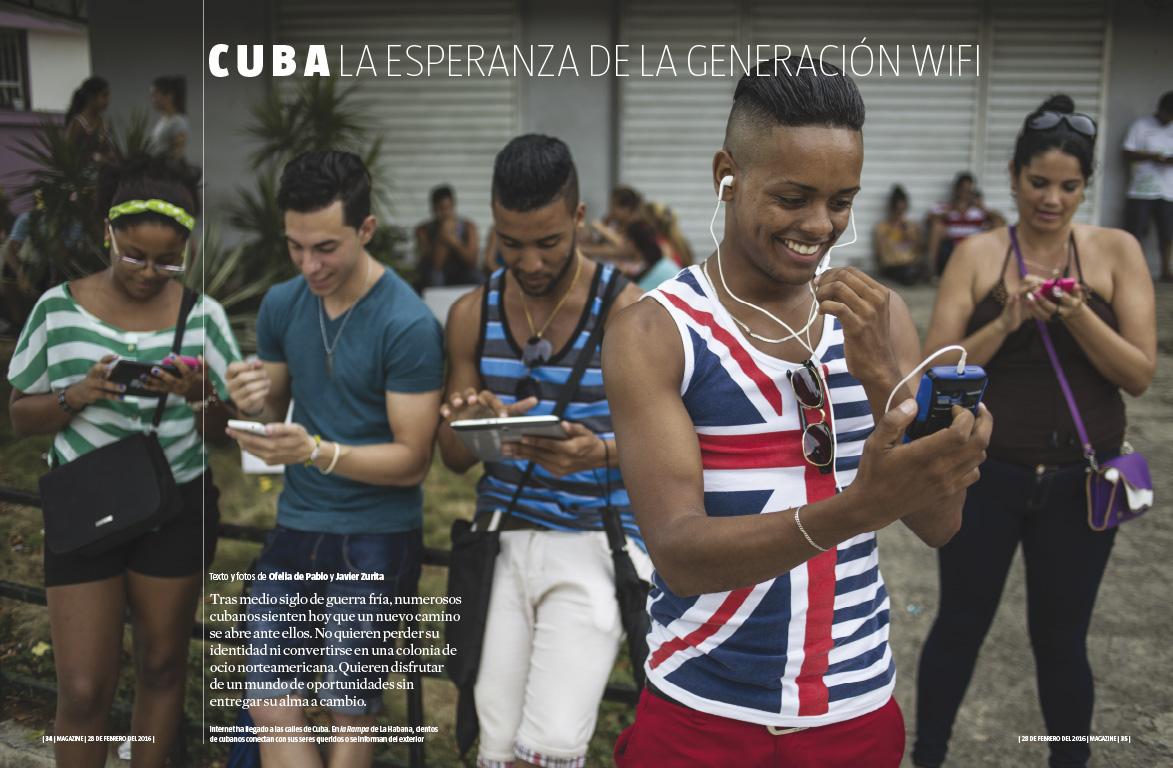 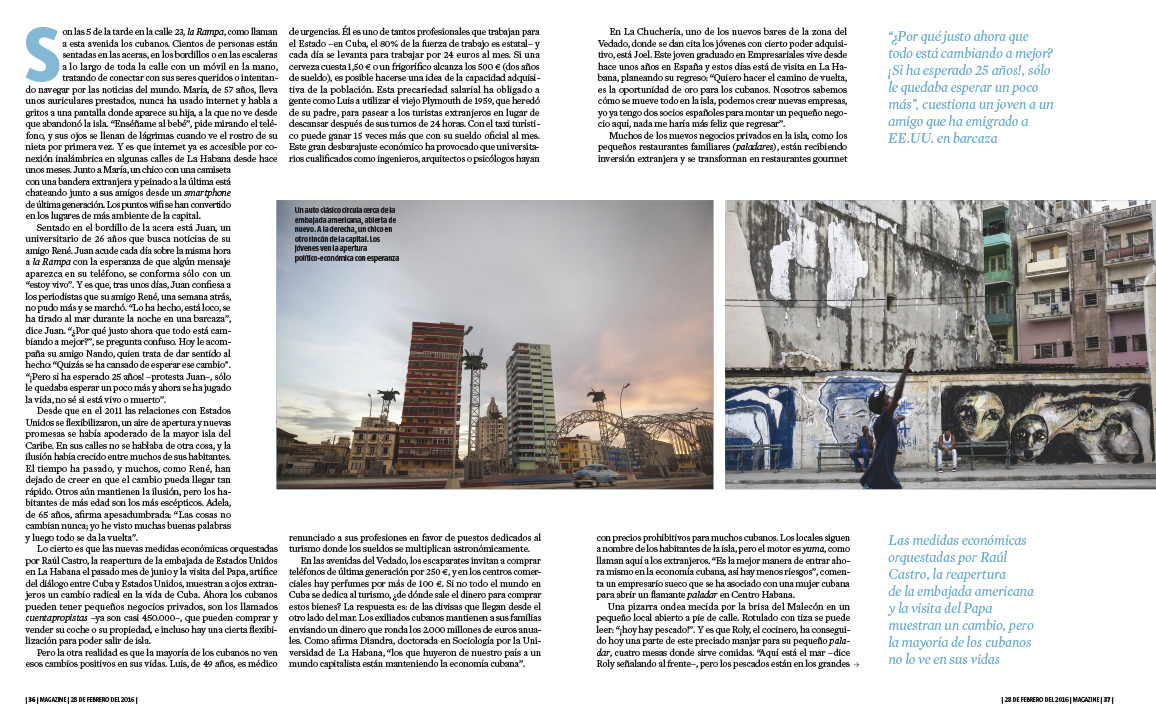 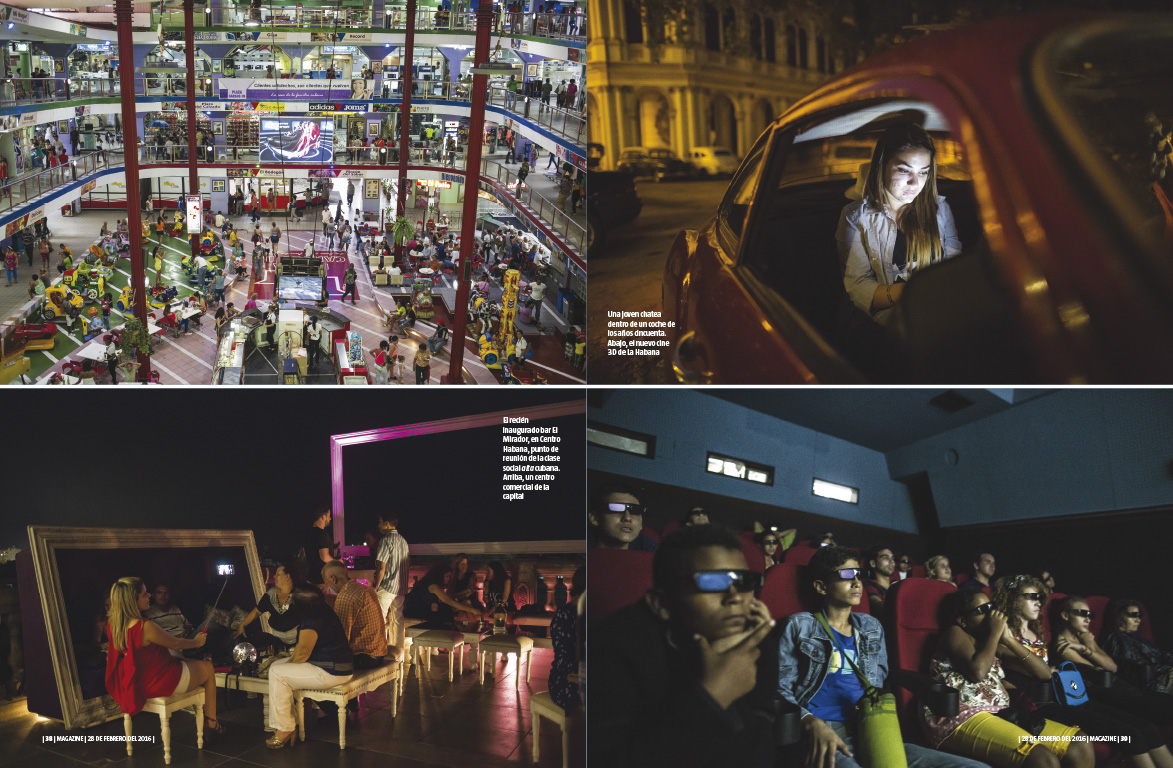 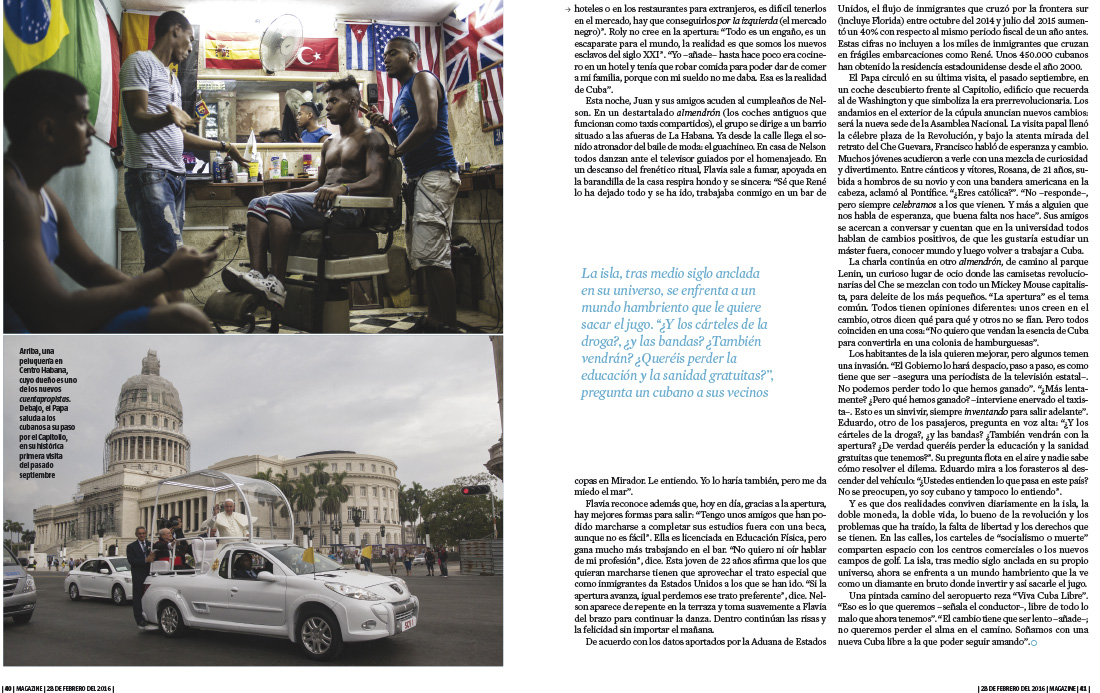